Logan Beirne is an Olin Scholar at Yale Law School. Prior to this appointment, Logan practiced as an attorney with the law firm of Sullivan & Cromwell in New York City and was a Fulbright Scholar at Queen’s University. He received his JD from Yale Law School, where he was a Coker Fellow. He and his writings have been featured in USA Today, The Wall Street Journal, The New York Post, The Washington Post, The Daily News, The Washington Times, Reuters, ABC News, Fox News, CSPAN, and numerous other media outlets. Logan has served on the boards of directors for multiple charities and is admitted to the New York and Connecticut Bars.

Logan’s passion for the Revolution is in his blood —he is directly descended from Revolutionary War patriots and his family tree includes the “Father of the Constitution,” James Madison. Some of Washington’s papers were discovered in Logan’s ancestor’s storage chest. The Revolutionary period’s spirit is still very much alive both in his family and the old New England town in which he was raised, and this mentality has allowed him to draw many parallels to our past as he studies the pressing issues of the present. 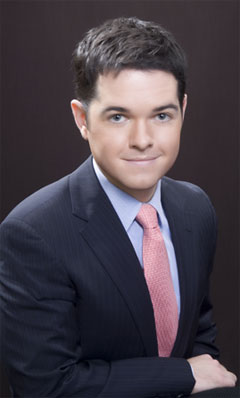