“GRIPPING… RELEVANT… REVOLUTIONARY… This page-turning historical thriller is packed with fresh factual narratives that draw the reader into the scenes to show how the United States earned its stripes. The wisdom of 1776 was never more crucial than today.”
- Amy Chua, Yale Law School Professor and best-selling author of Battle Hymn of the Tiger Mother, Day of Empire, and World on Fire.

“What are the constitutional powers of the president in time of war? Do his war powers grant him authority to establish military tribunals, torture enemy prisoners, and override Congress in the determination of military strategy and operations? As Logan Beirne demonstrates in this fresh and stimulating history of the American Revolution, Commander-in-Chief George Washington confronted these questions and established precedents that have continued to shape presidential war powers down to our own time. I enjoyed reading it and I learned a great deal.”
- James McPherson, Princeton University Professor Emeritus and Pulitzer Prize-winning author of Battle Cry of Freedom

“What can we learn about America’s proper comportment in today’s dirty wars from a long-dead, white male, slave-owning aristocrat of the 18th century? A lot it turns out—given that George Washington, at the very founding of the American idea, saw that singular morality should guide the new nation’s conduct in war, both for practical and spiritual reasons. Logan Beirne’s paean to Washington’s wartime wisdom, insight—and belief in and respect for constitutional government—is a timely, insightful, and much-needed reminder why America does best at war when it honors rather than erodes its founding principles.”
– Victor Davis Hanson, Senior Fellow of Classics and Military History at Stanford University’s Hoover Institution, and Author of Carnage and Culture and A War Like No Other

“Blood of Tyrants strips away the fantasy and lays bare the violence and political intrigue needed for the American Revolution to succeed. Lurid, horrifying, scandalous. I could not put it down.”
- William Eskridge Jr., Yale Law School Professor, Author of The Republic of Statutes, and Descendant of George Eskridge, the Godfather of George Washington

“This myth-defying new book tells how our first Commander in Chief dealt with the hard issues of war, including military commissions, the rights of Americans, and the interference of Congress. Those who want an unvarnished account of how a great leader dealt with nasty and messy problems of war: prepare to be shocked, amazed, and educated.”
- Hon. Michael W. McConnell, Stanford Law School Professor, Director of the Stanford Constitutional Law Center, and former Federal Judge, U.S. Court of Appeals for the Tenth Circuit 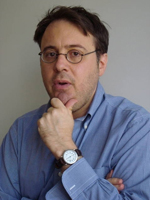 “There was more to the founders than noble sentiments and fine words–they were revolutionaries, who fought for and won America’s freedom on bloody battlefields. Blood of Tyrants tells this gritty story smartly and compellingly –and plumbs it for practical lessons for the toughest issues of our times.”
– Adam Cohen, Time Magazine journalist and author of Nothing to Fear: FDR’s Inner Circle 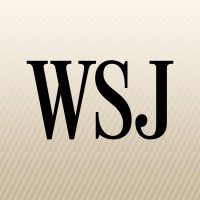 “[T]here is almost no tale told of the Revolution that does not find its way into ‘Blood of Tyrants,’ provided it is juicy enough.” 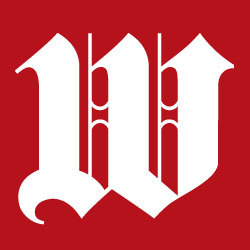 “[T]he important political lessons of the past are given a fresh new perspective. . . . Beirne’s genealogical and personal interest in history, politics and the military makes for an enjoyable read.”

“Beirne’s narrative pulls the reader directly into the scenes, filling the void in our understanding of the presidency and our ingenious Founders’ pragmatic approach to issues we still face today.” — Huntington News

“Anyone interested in the original meaning of the Constitution, or America’s revolutionary struggle generally, should read this riveting and informative account.” — Weekly Standard