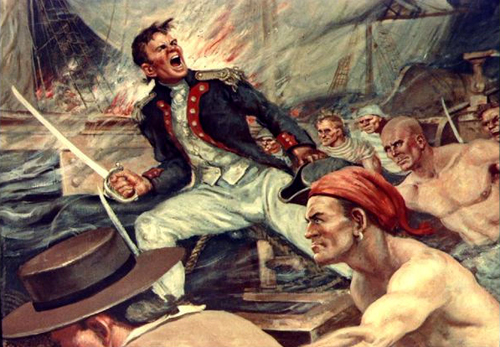 On this day in 1778, John Paul Jones and his crew set sail toward the Irish Sea to raid British warships. When a British captain gained the upper hand and ordered Jones to surrender, he famously replied, “I have not yet begun to fight!” and overcame his more powerful foe.

The United States may be going through some tough times, but never count us out. We have not yet begun to fight!