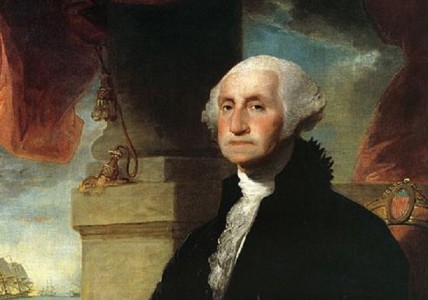 Despite the end of a heated election, the partisan battles rage on. The parties lob accusations at one another over the Libya attacks. President Obama scolded two Republican senators for threatening to block his presumed nomination for Secretary of State. A team of economist has warned that continued strife between the Democrats and Republicans over the looming “fiscal cliff” could significantly damage the United States economy. It seems as if the factious partisanship has never been worse – and our founding fathers saw this coming.

The evils of modern politics were foreshadowed by the prescient words and actions of the Founding generation. George Washington, our nation’s first and only president with no declared party allegiance, was, perhaps, the most weary of the harms caused by uncompromising political factions.

Washington belonged to no political party. The executive office was designed with him in mind, and so his adoring countrymen unanimously elected him president of the United States. Such countrywide unanimity would be short lived.

In the halls of Congress and within his executive cabinet, Washington watched as his closest advisors began to splinter into opposing political factions. Washington publicly and privately longed for a republic without parties. He derided them as “[a] fire not to be quenched, . . . demand[ing] a uniform vigilance to prevent its bursting into a flame, lest, instead of warming, it should consume.” He believed that they “agitate[d] the community with ill-founded jealousies and false alarms, kindl[ing] the animosity of one part against another.”

Political factions were to be discouraged. They posed “a constant danger of excess,” and “by force of public opinion [the nation’s goal must be] to mitigate and assuage [the dangers of political parties].”

At least as an ideological matter, Washington was not alone in his belief. Alexander Hamilton in Federalist 9 likewise praised the new union’s ability “to repress domestic faction,” while Thomas Jefferson quipped “if I could not go to heaven but with a party, I would not go there at all.”

However, disagreement inevitably arose – just as James Madison predicted in Federalist 10, when he famously proclaimed“liberty is to faction what air is to fire” – and the young American government fractured.

Ironically, the very men who shared Washington’s fear of faction, would later turn around and found the first political parties. But the irony did not stop there. The initial schism that precipitated the formation of the nation’s first political factions started right under Washington’s nose, in his own cabinet – with Alexander Hamilton on one side and Thomas Jefferson (and his congressional ally James Madison), on the other.

Jefferson and Madison were deeply opposed to Hamilton’s agenda of a powerful federal government, a national bank, and better relations with Britain. In an attempt to curtail Hamilton’s influence over the direction of the national government, Jefferson and Madison formed what would become the Democratic-Republican party to oppose Hamilton and his so-called Federalist allies.

With the ink on the Constitution barely dry, and in the face of clear opposition from George Washington, the nation witnessed the formation of political parties directly opposed to one another.

While other Framers ultimately chose sides and joined one of the parties, Washington refused to do so. Remaining above the fray, he had men from both parties serving in his cabinet. His hope was that the nation would emerge from the factiousness of the past and work in solidarity for the betterment of the nation.

Over two centuries later, we now find ourselves in a country where political parties seem to expend more resources fighting one another rather than devoting time and energy to addressing the nation’s most pressing problems. Perhaps, James Madison was correct when he wrote that “[t]he latent causes of faction are thus sown in the nature of man.”

And so as another generation of citizens faces the inertia and vitriol that attend bitter partisan battles, they may begin to search for the antidote to the evils of political parties. Washington would likely suggest that one look no further than Federalist 10, where James Madison (an eventual partisan) suggested a cure: an engaged electorate who diligently watch their leaders.

This is the third installment of the “What Would George Do?” series – a joint project of ConSource and the National Constitution Center’s Constitution Daily.